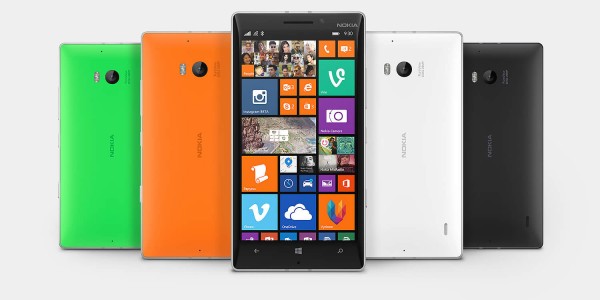 The Nokia Lumia 930 is the first mobile device to be out after Microsoft’s confirmed purchase of the Finnish cellphone maker in April this year.

Inevitably, all eyes are on it. Big question is whether it can change the game for Microsoft, which has been lagging in the smartphone game.

Firing up the new Nokia gadget, you will notice the changes quite easily. First, the Metro UI boxes are now in three columns to maximise the space afforded by larger screens, which are now common on even low-end smartphones.

The other obvious change is the new notification centre. You can just pull down the notification bar from the top edge of the screen to have the latest updates from social media networks and messages or quickly go into flight mode.

Besides that, the mobile connection signal strength, Wi-Fi, battery power indicator and message notifications no longer auto hide. That’s a welcome change as I can check my battery status quickly now.

In terms of hardware, the Lumia 930 is solidly built and is framed by aluminium, with a fixed matte plastic back.

The USIM card tray, located at the top of the phone next to the stereo phone jack, can easily be pried open with a sharp fingernail.

You also get the usual USB slot, stereo phone jack and volume and on/off button. Plus, there’s a fire button for the camera, so you can take pictures more quickly.

The basic design of a candy bar smartphone can only have so many permutations and the Lumia 930’s boxy exterior can easily be mistaken for an iPhone or Sony Xperia smartphone, save for the candy coloured back that comes in orange or bright green. For the more conservative, white and black are available too.

The phone is certainly well-endowed internally with a quad-core Qualcomm Snapdragon 800 chip rated at 2.2GHz. It runs things together with 2GB of RAM and 32GB of storage space. Need more space? Free 15GB storage using Microsoft OneDrive cloud service is available to Lumia owners too.

The speaker is located at the corner of the back of the phone. It faces downwards so the ringing sound can get a bit muffled when a call comes in.

In the past, the Windows Phone operating system has worked well even when it is driven by modest dual-core processors but a quad-core chip puts the phone with equal footing with other offerings in the market, at least for those who just want the best inside.

The 5-inch Full HD OLED screen is sharp and bright. It is certainly sufficient for reading or video watching while on the go.

The Nokia Lumia 930 also comes with a PureView 20-megapixel camera that is matched with a Zeiss lens, dual-LED flash and optical image stabilisation. It churns out very nice images that are definitely more than good enough for 4R prints and sharing online.

The phone saves image files from the camera as DNG (Digital Negative), 16-meg JPEGs and 5-meg JPEGs. However, apart from the 5-meg option, you can’t choose the individual resolution.

This has to be a combination with the 5-meg option (like 5-meg plus 16-meg). There is no way to choose 16-meg file sizes as a stand-alone option so that I can have a bigger data file for printing but without resorting to RAW DNG files.

It is certainly rare to find a phone camera that shoots RAW images, which retains fidelity, but how many would take time to post process pictures from a phone camera afterwards?

Also, what about the heavy hit on phone storage capacity that comes with RAW files, especially when you can’t simply pop in a microSD card to expand storage?

The lack of a microSD card slot seems short-sighted on Microsoft’s part. Yes, there’s online storage, but imagine the cost of using a mobile data network to upload huge files to the Net. That’s not too feasible either.

The other thing I do not get is why there are two official camera apps residing within the phone. Isn’t it enough just to have the Nokia Camera App as default? Adding to the confusion is a “photos+camera” setting page, which is what you find on Microsoft phones.

There’s no cohesive way for me to change settings from a single page and I find myself wasting time navigating around the phone just to access options.

Days spent with the phone reveal some other frustrating issues. At times, images posted to Facebook would stop uploading once the phone was put in standby mode. I had to keep the phone switched on until the uploading is completed and that used more battery power than necessary.

Four years after the introduction of the Windows Phone 7 operating system in 2010, you’d expect Microsoft to have ironed out such issues by now.

Unfortunately Windows Phone just doesn’t seem as intuitive as iOS or Android. Microsoft’s latest software now may have three columns on the start page but each box can only be expanded up to two columns’ width and that limits the usefulness of the new implementation too.

The question of app support will come up, of course. Some often used apps, such as Instagram, are still in beta mode. Even for Spotify, you would need a premium account to gain access to a playlist stored in the cloud, which is available for free on Android, for example.

Unfortunately, there are also very able low-cost alternatives as well. Think of Xiaomi or Oppo, for instance. Unless you are a firm Windows Phone supporter, the Lumia 930 may not seem as attractive as the Android phone you’re already using.

By Wilson Wong
Follow:
Wilson is a self-taught photographer whose passion started with his father’s old Canon L Rangefinder camera. He now leads the 1,500+ strong Singapore Photography Interest Network group and his photos have won acclaim from Nikon and Fujifilm, as well as featured in various books and exhibitions.
Previous Article Goondu review: Jabra Rox Wireless
Next Article Hands On: HTC One (E8)
Leave a comment