The first thing that caught my eye with the new Vivo X60 Pro was the Zeiss branding on the camera’s phone.

The German company, famed for its optics, brings excitement just like how Leica has worked with Huawei to introduce computational photography into the P9 smartphone back in 2016. Would the same work for Vivo?

Vivo has even used the word “co-engineered” to describe Zeiss’s relationship with the Chinese brand, tapping on the German company’s expertise in mobile imaging and lens design to boost Vivo’s imaging software and computational photography techniques.

A 48-megapixel camera, a 13-megapixel ultrawide camera and a 13-megapixel portrait camera with a 50mm (Full-frame equivalent) lens are all housed in a rather thin profile camera module at the back of the smartphone with a small Zeiss logo.

The smartphone camera function does have some imaging tricks up its sleeve. The most interesting is the “Zeiss Biotar Portrait Style” that gives portraits the swirly bokeh effect, like what you get from an old manual-focus lens.

The X60 Pro has also retained the excellent 5-axis in-camera stabilisation system that was seen in the X50 Pro that helps in shooting close-ups of toys or far away objects. It also helps to stabilise the phone when you are walking while shooting a video clip, for example.

The images from the phone are good but how do they compare with some of the best, say, from Huawei’s Mate 30 Pro?

I’d say Huawei still has the slight edge over the Vivo phone, because it offers more contrast, sharpness, better texture and accurate colours. This is down to the way the phones process the images.

I also brought the new Vivo phone out for some shots at night. Using its night mode and the ultrawide-angle lens, I took several shots of the Supertree Grove in Singapore.

I found cursor-like shapes instead of small dots that most photographers would expect. However, subject extraction using the portrait mode was not as good as I wanted from a light-starved environment.

At the same time, the colour vibrancy, contrast and over-enthusiastic sharpening reminded me of images from a good smartphone rather than a good standalone camera.

To be fair, most of the images taken on the X60 Pro are not bad – many are excellent, actually.

It’s true that some people view image quality subjectively, but when a major optics company such as Zeiss has a hand in developing the camera system, expectations will be high.

From my quick test, I’d think it may need another iteration or two of Vivo’s X series phones to perfect the camera performance.

What may also disappoint some potential buyers is that the the flaghsip X60 Pro uses Qualcomm’s Snapdragon 870 instead of the chipmaker’s more illustrious Snapdragon 888.

That is not to say it is inferior to the Snapdragon 888 in terms of real-world performance even though it offers technologies that were used in the less high-end Snapdragon 865.

In the short time that I have had with the X60 Pro, it worked without a glitch and the 179g phone lasted for the whole day with its 4,200mAh battery.

It is all the more impressive when the screen is a 6.56-inch Full HD+ AMOLED display running at a zippy 120Hz refresh rate. The screen is sharp and bright even when I used it in the blazing hot afternoon sun. 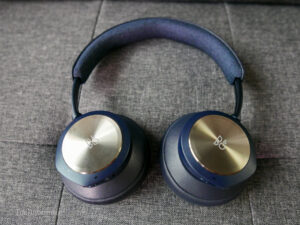 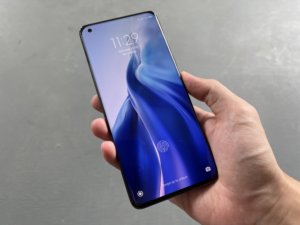