To many users who have never held a phone without a camera built in, it is hard to fathom what life was like before Nokia unveiled its first camera-phone back in 2001.

Today, image quality is a huge selling in point in any smartphone, so you get not just one but multiple cameras even in budget and mid-end models.

It helps that social media platforms such as Facebook, Instagram and TikTok have blossomed as well. Great looking photos and videos make for more followers.

One important milestone in the development of smartphone photography came in 2016, when Huawei partnered the iconic German camera maker Leica to develop a multi-camera system in the P9 smartphone.

Using artificial intelligence (AI) to combine images taken with two separate lenses, the hardware and the software were both was critical in overcoming the physical limits of a small sensor.

Smartphone manufacturers have since introduced more cameras and increased the sensor size of the main camera. With a bigger sensor, the image processor can capture more data to produce better quality images and videos.

Sharp recently showed off its Aquos R6, which sports a 1-inch sensor capable of capturing 20 megapixels. This was carrying a Leica lens.

The German company itself just unveiled its own “re-badged” R6 phone, known as the Leitz Phone 1, this month. This will delight Leica fans, especially those seeking the best mobile photography hardware out there.

Judging by what Leica has done with Huawei phones, the expectation is high that the Aquos R6 and the Leitz Phone 1 would bring another leap in mobile phone camera performance. The sample photos from the Aquos R6 are exceptional, by the way.

To be sure, this is not the first time a 1-inch sensor has been used in a smartphone. That honour goes to the Panasonic Lumix DMC-CM1 that created some buzz way back in 2014.

Unfortunately, the phone seemed a little ahead of its time. Its processing speed was slow, given the mobile chips available back then. Besides, posting photos and videos online wasn’t as cheap on a 4G network at the time (4G was only available in Singapore in 2012).

Though you don’t really need very high-resolution images to share on social media, they are still great for keepsakes. After all, when you take pictures during a holiday (or staycation) or on other important occasions, it’s pretty likely you’re capturing the precious moments with your phone these days.

What has changed from the past is the ability to instantly post-edit our photos and videos with the latest smartphones, thanks to powerful mobile processors such as the Qualcomm Snapdragon 888.

Such mobile processors make quick work of huge image files generated by the 1-inch sensor while running the computational photography algorithms to improve the image quality of photos and videos.

Can a small smartphone eventually compete with a dedicated camera? Well, larger mirrorless cameras have even larger sensors which are still miles ahead in terms of image quality. Think of the Canon EOS R5 or even the Fujifilm X-T4, which photography enthusiasts and professionals will appreciate.

Don’t forget that smartphones aren’t as versatile as well. The 1-inch sensor on the Leica or Sharp phones may be great on paper but that would mean you will lose the ultrawide-angle camera for your landscape shots and optical zoom camera for close-ups. This is something to consider.

So, keep your options open with compact cameras such as the Sony RX100 or the ZV-1. Or, fall back to your mirrorless cameras with their variable zoom lenses if you want to shoot a wider range of subjects.

All said, the improving quality of smartphone cameras is a good thing, because you are now taking many more shots on the go, even when you’re not lugging a separate camera with you.

After all, photography is about capturing the moment, including spontaneous, unplanned ones. The best camera you have is the one that is with you and yes, your smartphone is always with you. 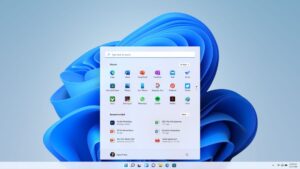 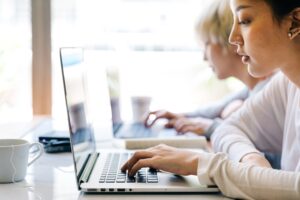 Almost 4 in 10 people in Singapore hit by cyberattacks: CSA poll
Leave a comment