The first thing that will grab your attention one the much-hyped Nothing Phone 1 is its Glyph interface, which comprises a set of uniquely designed LED lights reminiscent of Egyptian hieroglyphs.

You can link specific lighting patterns to your contacts so when a call comes in, you immediately know who’s calling. It helps too to have notification sounds that resemble that 1990s polyphonic vibe. Yes, this phone is made to stand out.

Of course, to use the beautiful lighting system on the back of the phone, you have to place the phone face down. Might leaving it with the screen facing up tell you who’s calling too? Well, yes, but you got no lighting effects.

Don’t forge that placing your screen on a table could also lead to unwanted scratches. Might it be wiser to place the lights on the edge instead?

It’s easy to spend a lot of time on the much-talked-about Glyph notification system, but spend some time with the Nothing Phone 1 and its silhouette quickly reminds you of another familiar model – the iPhone.

That’s not such a bad thing, to be fair. The blockish feel with the aluminium frame and excellent flat 6.55-inch 120Hz flexible OLED screen make the Nothing 1 phone a joy to use.

The Nothing OS is also close to the stock Android experience on Google Pixel phones, albeit with a few changes in how we change settings. I quickly got used to it.

The dot matrix-based font gives the phone’s user interface a unique look and feel that is modern yet possessing a 1980s vibe.

The Nothing Phone 1’s specs, however, might damp some of the enthusiasm for the phone. It has a customised Qualcomm Snapdragon 778 processor that isn’t the fastest in the market, especially among flagship rivals.

Playing games such as Asphalt 9 makes the Nothing phone run hot after several races, showing that the processor is being pushed hard. That said, the game runs smoothly with no perceivable lag.

The Nothing phone’s cameras hold up some hope that it could be an imaging powerhouse with 50-megapixel sensors for its primary and ultrawide-angle cameras, along with a 16-megapixel selfie camera up front.

The cameras mostly do an excellent job with ample light, but sometimes the phone may opt to shoot at a much slower shutter speed when I’m trying to capture movement, which is frustrating.

The portrait mode does not extract a subject accurately, so I mostly relied more on the auto camera mode. At the same time, the selfie camera will not win any awards with bad ISO noise in dark areas

Unfortunately, there is no standalone night mode, and it only appears when the camera senses the scene is not bright enough.

On the flip side, the night mode on the panorama function prevents light streaks when shooting night panoramic shots. Instead of sweeping through a scene, the camera will guide you to take a series of individual photos horizontally by placing dots on the screen for the camera to capture.

Unfortunately, having a customised processor puts the Nothing Phone in no-man’s-land – it is not cheap enough to fight off mid-range phones yet not powerful enough to challenge other flagship phones.

A version using the top-drawer Snapdragon 8 Gen 1 processor might put the phone in a more competitive position.

Don’t forget you can buy an older but more powerful Samsung Galaxy S22 Plus at 8GB/256GB for S$1,058 at a local phone shop, and it has a better camera system.

So, the Nothing Phone 1 is undoubtedly a handsome phone that is hampered by a less-than-ideal processor, which makes it less attractive than rivals going for about the same price.

Yes, it ticks quite a few boxes with its clean Google Pixel-like interface and a chassis that feels like an iPhone. If these features are what you’re after, be ready to trade off some performance. 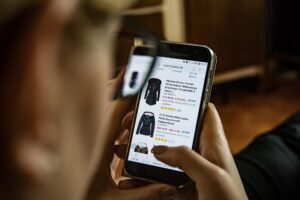 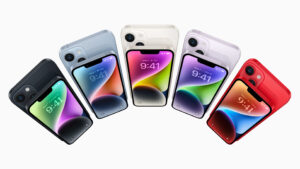