With the coronavirus pandemic in the backdrop and the American-Chinese trade war still unresolved, there couldn’t have been a tougher time to launch the Huawei P40 Pro.

Yet the show must go on, so the Chinese company’s latest flagship arrived in Singapore this week with the sleek design and high-end hardware that are expected of the top-end model.

Like the predecessors, you get a powerful Kirin processor to power everything on the phone. In the P40 Pro, there’s a Kirin 990 chip with 8GB of RAM and 256GB of storage space.

Despite the ample storage space, Huawei offers an external storage option albeit with its own proprietary Nano Memory (NM) card. Using this option will also mean you can only use a single SIM card, a bummer for trips overseas if two SIM cards are needed.

The answer could be in e-SIMs, electronic SIM cards that don’t need physical cards, that the P40 Pro supports. This would free up one slot for travellers.

Like competitors such as Samsung, Huawei has decided to add 5G to its P40 phones. In Singapore, however, 5G licences are yet to be given out and networks are still some way off, so buying a 5G phone now is a bit premature.

The new P series certainly look with the screen curving around all the four sides of the device. The P40 Pro will still be using glass, unlike the higher-end P40 Pro+’s ceramic back.

During a media launch in Singapore this week, I could hold on to the 209g phone quite easily, thanks to the small 72.6mm girth of the phone. It helps to have some grip provided by the matte-finish glass back.

At the top left corner of the screen are two punch holes for the front-facing 32-megapixel main camera and an infra-red depth camera to be used for face unlock and bokeh effects.

Like previous Huawei flagships, the famed Leica camera system is the focus of the new P series smartphones.

What of the P40 Pro’s zoom capabilities? There’s a 5x optical zoom, 10x hybrid zoom and up to 50x digital zoom which is the same as the P30 Pro from last year.

The P40 Pro is still a significant upgrade with bigger sensors and more image resolution. To maintain some image quality, I will recommend stopping at the hybrid zoom range.

Although the Huawei P40 Pro’s sensor does not have as many megapixels as the Samsung Galaxy S20 Ultra’s 108 megapixels, having a larger sensor size that is very close to the 1-inch sensor of the Sony RX100 Mark VII does help with more accurate light capture.

The P40 Pro also employs the use of Pixel Binning, using 4 sensor photo-sites to capture the data for 1 pixel in the image. This promises better low-light shots.

With the hardware getting a lot of upgrades, Huawei has also introduced a few software enhancements to boost performance.

One of them, called XD Fusion Image Engine, takes all the RAW image data from the cameras to process into one single image.

It will take into account the subjects in frame, such as a face or a landmark and apply the appropriate sharpening, colour, detail or even bokeh effect, depending on the settings on the cameras.

There are also useful camera features such as a Remove Passerby mode to erase away unwanted people for a tourist-free shot of the Merlion in Singapore, for example.

There’s also an Anti Reflection mode to reduce reflection and the Golden Snap mode which means the camera takes multiple shots and helps you choose the best images from the lot. So no more closed eyes or incomplete jump shots.

My main complaint with the P30 Pro was the inconsistent colours being captured by the phone. In the P40, Huawei sought to solve this by using an 8-colour temperature sensor to determine the correct white balance to be used for the image.

From quick tests during the launch this week, I can see that the skin tone colour has improved and the 32-megapixel sensor now captures a lot more details on my face.

There is still much to test when we get our hands on the P40 Pro for a longer period. What I want to see most is how much computational photography has improved on the new phone.

With video content being increasingly popular with users social media, the P40 Pro has also improved on its video capabilities.

The P40 Pro has software stabilisation so a gimbal is not needed when shooting at 4K resolution at 60 frames per second (fps). The front-facing 32-megapixel camera can also shoot 4K video now so it is easier to shoot for an InstaStory post with a higher resolution video.

For a more dramatic clip, the Mate 30 Pro’s 7,680 fps ultra-slow-motion video feature is also included in the P40 Pro. This gives you a cool breakdown of a fast-moving shot.

When it comes to sound capturing, the P40 Pro now has an all-direction microphone array with beam-forming algorithm to improve the capture quality of both voice and sound without the use of an external microphone.

What about looks? Even though the P40 Pro is trying its best to look fresh, the camera bump at the back immediately reminds me of the Samsung Galaxy S20 Ultra.

While the new camera system does need a lot of space in the smartphone, surely it can look different from the competition. Perhaps follow the Huawei Mate series and make it a Huawei signature look, instead.

While the Kirin 990 is a fairly efficient processor, running an OLED screen at 90Hz might impact the battery’s longevity during the course of a day.

Making the smartphone a little bit thicker should not hurt the P40 Pro in terms of look – it might actually provide a better grip on the phone while shooting.

Good thing is, the battery can be recharged with the 40W fast-charger, cutting down the amount of time the phone is tethered to the charging station.

The new P40 Pro, like the Mate 30 Pro, does not come with Google Mobile Services (GMS). Huawei is putting a lot of resources in building its own AppGallery and other mobile services for developers, but understandably, the lack of apps such as Gmail and Maps is a deal-breaker for many users.

Of course, if you want the ultimate Huawei flagship, that comes in the form of the P40 Pro+, which is out in Singapore in June.

It sports not one but two telephoto lenses covering 10x and 3x zoom. No prices yet, but it is expected to rival Samsung’s Galaxy S20 Ultra, which costs close to S$2,000.

We’ll have more on the P40 Pro in a more in-depth review soon. 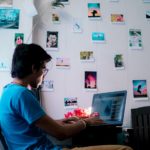 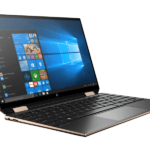 Working from home? Gear up with these tech gadgets
Leave a comment