When they started deploying their 5G networks last year, the Big Three telcos in Singapore must have thought that the new mobile network could let them “reset” prices that have plummeted to the basement after years of fierce competition.

Today, 4G plans start from as low as S$10 a month and typically hover around S$20 to S$25 a month for Singtel, M1 and StarHub, who have also won licences to deploy nationwide 5G services here.

Unfortunately for them, 5G prices may already be coming under pressure as the competition that has driven down prices in 4G threatens to carry over into 5G as well.

StarHub now offers a 5G SIM-only plan for S$38 a month in return for a one-year contact. For six months, you pay a discounted rate of S$28 a month.

Singtel and M1, meanwhile, let you add on 5G for an additional S$15 a month when you sign up for a SIM-only plan.

Those are the basic plans, to be fair, but if you’re a telecom operator now, you’d worry that there’s not that much margin to work with in the months ahead when competition comes.

And that will come in the shape of virtual operators. Last month, Circles.Life said it was kicking off a 5G trial that makes use of a non-standalone (NSA) network, which offers fast downloads but not the same low latency and speedy uploads as the standalone (SA) version.

Last week, Giga, which is backed by StarHub, said it would also roll out a 5G NSA trial until the end of the year. Yes, it’s better that you cannibalise yourself than let others eat your lunch.

Let’s also not forget the fourth telco here, TPG Telecom. Though it lost out on a nationwide 5G licence last year, it said last week that it would be running a 5G NSA trial as well, perhaps with a view to getting up to speed with its competitors.

Indeed, TPG and a number of players could even bid for a new 5G licence that may be available at the end of the year, as 3G spectrum is freed up for use by 5G networks.

The question is how much they can reap from these investments. With prices likely to be under pressure so early in the 5G game, it will not be easy for new players to persuade investors to let them spend millions to build a new network in a highly saturated market.

For virtual players, much depends on how the Big Three 5G licensees will wholesale 5G services to them in the months ahead.

If the incumbents set a firm baseline for prices, then there’s a limit to how much independent virtual operators such as Circles.Life can play with prices. Of course, that’s assuming there’s demand for 5G services in the first place.

Now, the case for 5G for businesses is better established, with the connectivity it provides for sensors, robots and autonomous vehicles. What about consumers, though?

When 4G came along less than 10 years ago, it solved a problem. Back then, 3G networks were being saturated by new applications that exploded quickly from mere Blackberry messages to YouTube videos and Facebook updates on new smartphones.

What can we say about consumer apps for 5G today? Will the demand be driven by games that make use of the low latency that the new technology offers? Or people donning virtual reality headsets that need the zero-lag link?

The longer such apps take to become reality, the more pressure telcos will face in getting subscribers onboard. One quick – but potentially damaging – way for them is to drop prices to near-4G levels. It will be hard to raise them later.

Of course, telcos can’t expect sympathy from consumers. When 4G first came to Singapore, all of them slashed their data bundles almost simultaneously. 4G was an opportunity to reduce competition, it seemed.

Ironically, the consumer backlash eventually led the government regulator to open up the market to a fourth telco and also to welcome more virtual operators.

So, in the past several years, consumers have had a good deal. Telcos have been forced to enhance customer service and digitalise their business to compete better.

Will 5G be so hard to monetise and drag back a telco sector already facing unprecedented challenges?

To be sure, telcos have spent millions to build their networks but they have also streamlined operations like customer service and network management to reduce overheads.

The hope is that network quality and customer service will still be up to scratch even when prices are competitive in the months ahead. 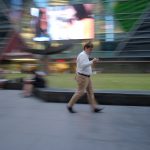 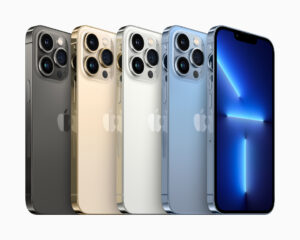